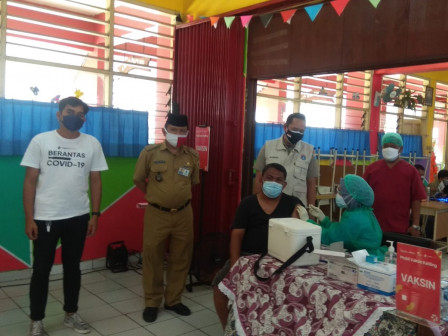 They are very enthusiastic about this vaccination

According to Ahmad Ruslan, Head of Batu Ampar Urban Village, it was held as a result of the collaboration between the Jakarta administration and PT Meganta Mediatama. Moreover, there were shuttle facilities by PPSU, TP PKK, Dasawisma, Jumantik, and RT/RW caretakers.

"They are very enthusiastic about this vaccination," he said.

He added this number would continuously increase, as it would be held until the upcoming Wednesday.

"Then on Friday, we're targeting to touch people with disabilities the Rawinala Education Foundation," he concluded.