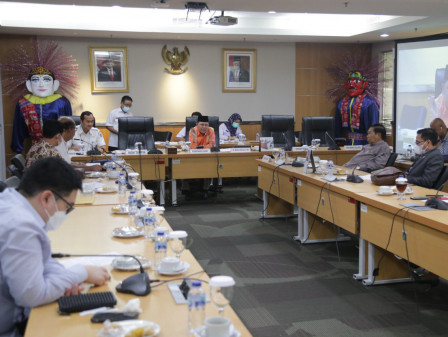 The Jakarta Legislative Council (DPRD)'s Consultative Body (Bamus) has agreed on the formation of a special committee (Pansus) for Jakarta after the transfer of the State Capital (IKN).

Jakarta still has to be a special area

Jakarta DPRD Chairman Prasetyo Edi Marsudi said the specificity status must remain attached to Jakarta after enacting Law Number 3/2022 on IKN in Penajam Paser Utara, East Kalimantan. Jakarta has the potential to be developed into an economic center city.

"Jakarta still has to be a special area. In the future, Jakarta will truly become a business city," he expressed, at City Council Building, Wednesday (5/11).

He explained the specificity in question was that the enforced status of autonomy could not be the same as for most regions up to level II. Because of that, according to regional characteristics, the implementation of regional autonomy in Jakarta is more appropriate to the current situation.

He then cited other regions such as West or East Java which have large areas that would certainly make it difficult to administer the government if they were not formed to level II regions. Despite the Jakarta area consisting of five cities and one district, the geographical location between the regions is close together and does not require a division of autonomy into level II regions.

"Geographical characteristics do not match. It is different from areas that are far in scope," he added.

Jakarta Bamus DPRD Vice Chairman Misan Samsuri acknowledged that after Jakarta was no longer the state capital, the status of Jakarta in the future had to be discussed. Because of that, the legislature took the initiative to form a special committee to examine the continuation of the existence and shape of the city in the future.

"It must be planned. That's why Pansus is made to formulate the results of its recommendations," he stated.

Aside that, today's Bamus meeting also agreed on the formation of the Pansus Draft Bylaw on the Transportation Master Plan and the Drinking Water Management Pansus after the Aetra and Palyja Work Contracts.

"Aetra and Palyja's contracts will expire in January 2023. We have to discuss it as it won't be extended," he stated.