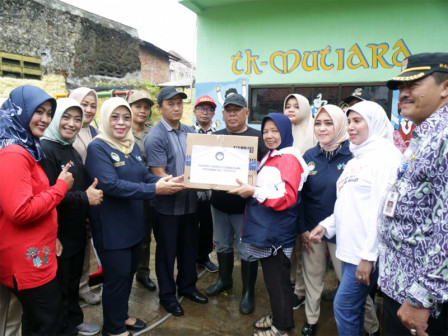 "This is a form of our concern for citizens affected by flooding," she expressed.

Cililitan Urban Village Head Agung Budi Santoso explained the most severe floods in his region occurred in RW 05, 06, 07, 15 and 16, which were affected by the overflowing of Ciliwung, Baru and Item rivers. The average water level during a flood a few days ago reached 60 centimeters up to more than 3.5 meters.

"Thus far the flood has receded and no longer refugees. But when the floods occurred, the number of refugees was 4,459 with a total of 1,822 households," he stated.