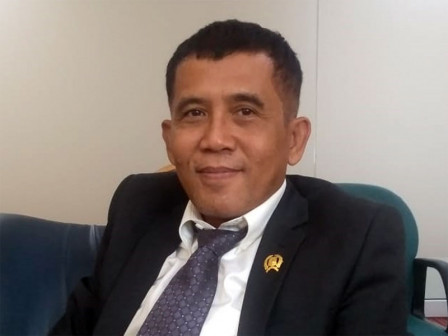 Commission A Chairman Wants E-KTP Shortage to Be Solved Soon

According to him, Jakarta Population and Civil Registration (Dukcapil) Department's work in printing e-KTP can be improved if the need for e-KTP blanks is fulfilled.

"Currently, city needs 400 thousand blanks, but Kemendagri only sends 290 thousand blanks. It is not enough. While there are many people who have recorded their data but haven't received the e-KTP card yet," he said, Wednesday (1/15).

E-KTP, he continued, is very important since it contains citizens' identities and required to issue other important documents.

"We hope they can meet Jakartans need for e-KTP blanks immediately. As we know, many flood victims lost their population documents, including e-KTP," he explained.

Besides, he also reminded Dukcapil Department to build its synergy with other regions around Jakarta. Because there are several people who live in areas outside Jakarta but own and apply for e-KTP in Jakarta thus it increases the needs for e-KTP blanks in Jakarta.

"We can coordinate with other regions. I found out many e-KTP card have been printed in urban village, but officers can't distribute it because the owners live outside Jakarta. It should be disciplined," he conveyed.