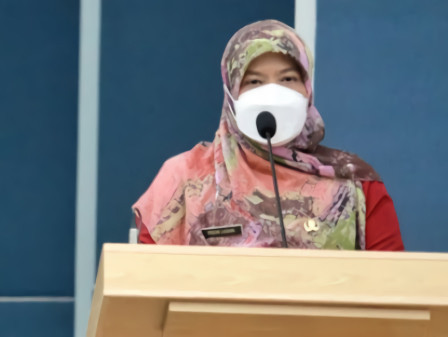 The Jakarta Social Agency (Dinsos) once again transferred Cash Social Assistance (BST) funds in stages 5 and 6 to those in need last Thursday (8/12). It was done after the data matching of BST recipients with the Ministry of Social's BST recipient data was completed.

As a result, there are only 124 recipients or KPM in Jakarta from the previous pending data, which is 99,763 KPMs

"As a result, there are only 124 recipients or beneficiary families (KPM) in Jakarta from the previous pending data, which is 99,763 KPMs," said Jakarta Dinsos Head, Premi Lasari, as quoted by Jakarta PPID's press release.

Based on the previous pending data as many as 99,763 KPM and the aid given to 124 KPMs, there was a difference of 99,639 families distributed by the Ministry of Social through PT Pos Indonesia. The pending data on recipients, either through the Jakarta administration or the ministry, could be accessible at corona.jakarta.go.id

For those of you who find abuse during aid distribution, you can report a complaint through the Dinsos Service Call Center 021-22684824, the JAKI application or the CRM channel via social media @DKIJakarta.