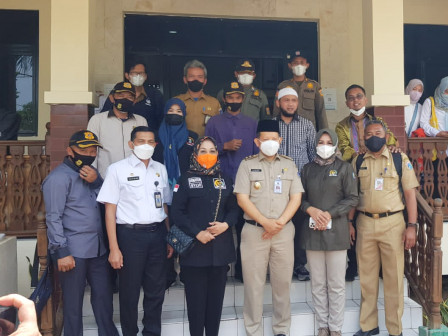 The legislator from Jakarta, who is familiarly called Mpok Sylvi said that she wanted to collaborate in resolving and assisting if there were findings of cases of sexual violence in Seribu Islands.

"We are about to provide a channel for reporting and a safe room if there are cases of sexual violence," she said.

According to her, the draft law had been well socialized. It was proven by the decreasing number of cases of sexual violence and the handling of cases that had reached the related agencies.

Seribu islands Vice Regent Muhammad Fadjar Churniawan appreciated the presence of the Jakarta legislator who provided education about sexual violence to its residents.

He also appealed to residents not to hesitate and be ashamed to report if they experienced or saw cases of social violence against women and children.

"The government won't stand still and will address it immediately," he stressed.