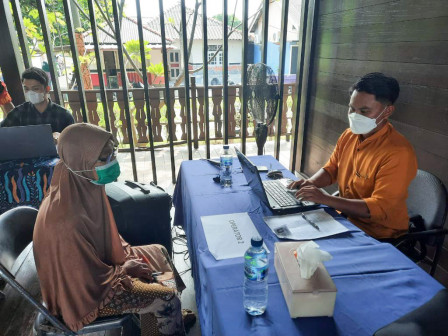 Each of them received BLT cooking oil in the form of Rp 300,000 in cash

The aid from the central government was distributed through the North Jakarta Military District Command (Kodim) 0502.

To get it, the recipient only brought a photocopy of their family cards (KK) and a statement form as a small trader.

Seribu Islands Regency Secretary Eric PZ Lumbun appreciated the swiftness of the North Jakarta Kodim 0502 apparatus in distributing the aid to the people of Untung Jawa and Panggang islands.

"Hope it can be useful for their daily needs," he hoped.