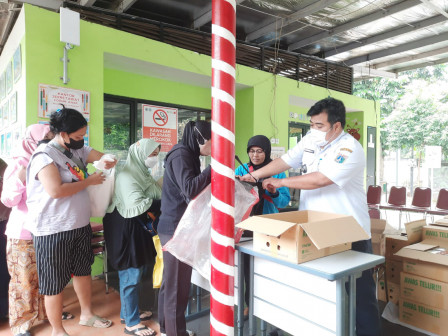 As many as 500 residents claimed to enjoy the pop-up bazaar that offered cheap food commodities held at Susukan Ceria RPTRA, Susukan Urban Village, Ciracas, East Jakarta, on Wednesday (7/13). Previously, they had made payment transactions using KJP Plus to Bank DKI's EDC at the same location.

"It aims to help residents get staple foods at a lower price than the market," he expressed.

"To smoothen it, we have involved 21 personnel from RPTRA, TP PKK, Satpol PP, Urban Village ASN, and PPSU," he concluded.