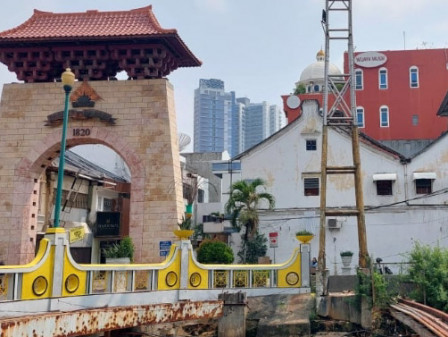 Its existence needs to be preserved and protected

"The Pasar Baru Complex was determinated as a Cultural Conservation Site, as the buildings in this area have a cultural heritage structure that stores information about human activities in the past. So, its existence needs to be preserved and protected, he expressed, as quoted by Jakarta PPID's press release, Wednesday (9/21).

He explained that the Jalan Pasar Baru Complex is a trading area that has developed since the early 19th century. Inside the road, there were several buildings and structures that have been designated as cultural heritage previously.

As for the Milling Stone Cultural Heritage Objects totaling 6 pieces of sugar cane milling stones located on Jalan Raya Grinding, Cakung, East Jakarta. These objects existed in the 17th century and were the forerunner of the development of the traditional sugar industry in Indonesia, which demonstrated the ability of the people in the past to process raw materials into a product. In addition, the name 'Penggilingan' was also adopted as the name of the area where the stone is located.

While the Padrao Inscription was designated as a Cultural Conservation Object, it is a collection of the Indonesian National Museum. Padrao stone has a height of about 2.5 meters and has 4 sides but only two sides that appear to have inscriptions, while the other two parts have no inscriptions, only have carvings that were most likely made by human hands. This inscription, which was made in 1522, is a distinctive marker of the Portuguese in every region visited. This inscription is also evidence of the early presence of Europeans in the territory of the Padjajaran Kingdom and shows the openness of the kingdom in the archipelago to every visitor.

As for the information, on August 21, 1522, the Padrao stone marks the international agreement between the Sunda Kingdom (Pajajaran) and the Portuguese, namely Surawisesa and Henrique Leme. The existence of the Padrao Inscription is also a marker of the development of Sunda Kelapa as one of the economic zones at that time.