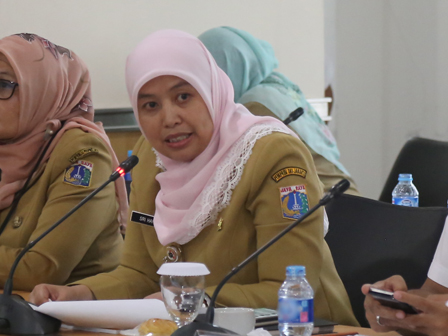 Zoning Terms will Be Set Through Three Market Management Raperda

We are proposing raperda about market. Then two other raperda are proposed by PD. Pasar Jaya

Those three raperda were proposed by executive, in this case the Economics Bureau and PD. Pasar Jaya.

"We are proposing raperda about market. Then two other raperda are proposed by PD. Pasar Jaya," she said at City Hall Building, Tuesday (8/22).

According to her, market raperda is the revision from Perda No. 2/2002 about Private Market. That perda needs to be revised because it sets only about private market.

She mentioned, market zoning term was set in market raperda. At least, there are three market types that will be set for its zoning. There are traditional market, supermarket, and shopping center.

"Later on, its zone will be set depends on RDTR perda for each established market distance," she added.

City Council Bapemperda Deputy Head, Merry Hotma explained, his side wants to hear executive explanation regarding three market management raperda before discuss it in each article.

"We want to listen explanation from executive before it discussed more deeply by the legislature," she closed.