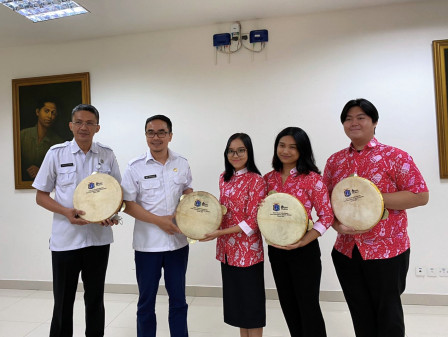 The Jakarta administration released the 2022 Gita Bahana Nusantara (GBN) Choir group to attend the training camp in commemoration of Indonesia's 77th Independence Day at the Merdeka Palace from Saturday (8/6) to Friday (8/19). Its training would be held at Wisma Kinasih, Depok, West Java.

I hope they perform well, be given health, and all goes well

"I hope they perform well, be given health, and all goes well," he added.

As for the information, to commemorate Independence Day, the Ministry of Education, Culture, Research, and Technology re-engaged GBN participants who passed the 2021 selection considering there will be no auditions because it is still in a pandemic condition.

GBN is a choir and orchestra group that serves as a forum for young people from all over Indonesia to express their talents and creativity in the fields of sound and music.