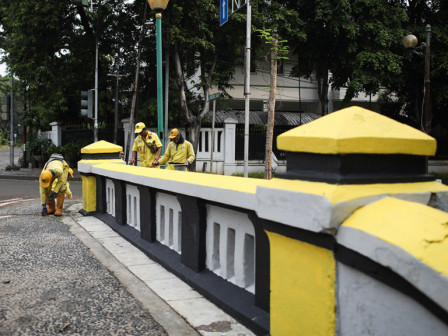 The South Jakarta Bina Marga Sub-agency has noted that as many as 68 bridges across South Jakarta have been beautified from March to July 2022.

Of the 68 bridges, 12 were in Cilandak, 16 were in Pancoran, 15 were in Jagakarsa, eight were in Kebayoran Baru, seven were in Pasar Minggu Sub-district, six were in Tebet, and four were in Setiabudi.

"The same action is also spotted at three bridges in Mampang Prapatan," he explained.

"We will also beautify other bridges gradually shortly," he stated.