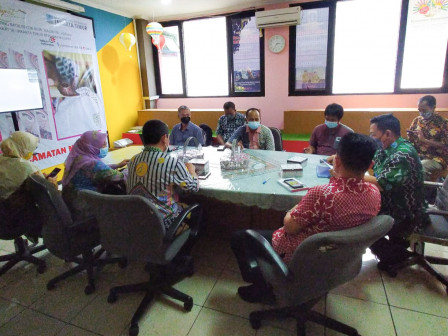 Construction of Three Bridges in Matraman Socialized to Local Residents

The East Jakarta Bina Marga Sub-agency, socialized the plan to build three bridges connecting villages in Matraman sub-district, on Thursday (10/21). The socialization was carried out at the Matraman Sub-district office.

This is done to let the public know, moreover it is also a follow-up to the residents' proposals through the Musrenbang

"This is done to let the public know, moreover it is also a follow-up to the residents' proposals through the Musrenbang," he said.

Road and Bridge Division Head, Budi Cahyo mentioned that those bridges were expected to become icons in Matraman.

Aside that, one bridge that was completely renovated had a different design from the bridge in East Jakarta. It will have a beautiful and attractive aesthetic.

"They (bridges) will become icons in Matraman, as the floor is made using concrete which is designed with an interesting motif. Then the rallying will also be beautified," he explained.

He added, it would be executed on the upcoming Monday and was expected to finish on schedule, for 45 working days.

"The bridge that has been completely renovated will have its foundation repaired, as it should be replaced, the underlying structure needs to be strengthened," he concluded.