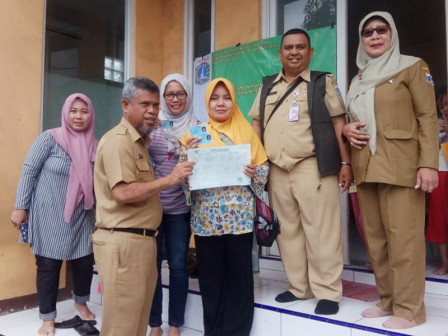 The West Jakarta Population and Civil Registration (Dukcapil) Sub-agency has issued 2,109 civil documents belonging to flood victims that are damaged or missing.

"Those documents are issued through jemput bola service that has been opened since Saturday (1/4)," expressed West Jakarta Dukcapil Sub-agency Head, Rosyik M, Wednesday (1/15).

The service itself is opened at RW posts and evacuation posts in eight sub-districts. Citizens who have not yet had the service can report it to the RT or RW apparatus.