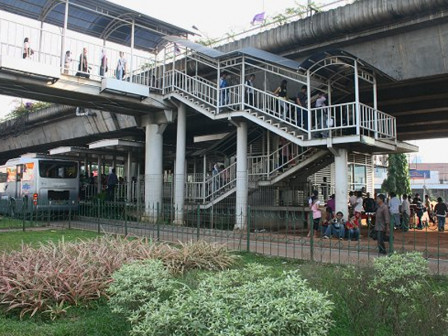 Due to Senen Underpass extension project in Central Jakarta, PT. Transportasi Jakarta (Transjakarta) temporarily stops the operation of Central Senen Bus Stop that is located on route that leads to Kampung Melayu.

PT. Transjakarta Corporate Secretary and Public Relation Division Head, Nadia Diposanjoyo mentioned, this bus stop will not be operated until this project is completed, or about three month ahead .

"For customers who want to go to Kampung Melayu can take the bus at Budi Utomo Bus Stop," she informed, Wednesday (1/22).

Meanwhile, for customers from Ancol direction who want to get off at Central Senen Bus Stop, her side recommends them to get off at Pal Putih Bus Stop first, then take the bus that leads to Ancol.

"There are no significant obstacles in the field until now," she mentioned.