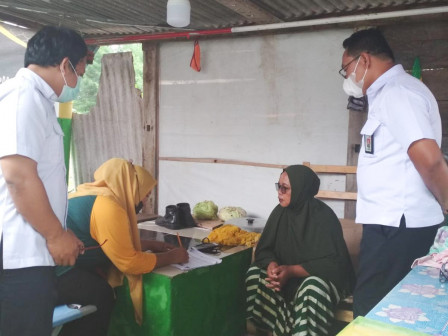 The Seribu Islands Statistic Center Agency (BPS) is conducting the 2020 population census on 11 residential islands from May 15 to June 30, 2022. The census is done by collecting data on selected households.

Selected respondents are expected to assist the census officers

According to Alfhonso Triantoro, Head of Seribu Islands BPS, the census could provide demographic parameters and population characteristics, to produce Sustainable Development Goals (SDGs) and Medium-Term Development Plans (RPJM) in the population sector.

"This aims to estimate the number, distribution, and composition of the population, obtain data for calculating demographic parameters, source data from the maternal mortality rate indicator, update data to be used in calculating population projections, provide population and housing characteristics data, and become a source of data from population indicators. for SDGs that cannot be obtained from other sources," he explained, Sunday (5/15).

He explained that it was conducted in several stages, namely updating on May 15 to 31 and enumeration on June 1 to 30. To conduct it, he would involve RT/RW administrators and officers from the local islanders.

"Selected respondents are expected to assist the census officers who come and provide correct and honest answers considering the answers given are useful for planning and evaluating Indonesia's development," he stated.