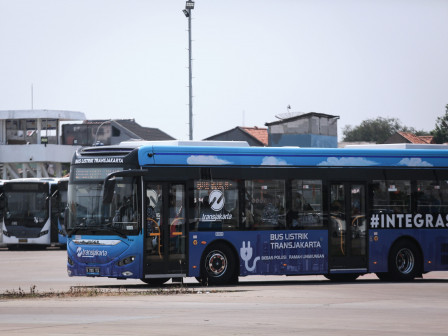 Transjakarta keeps campaigning for the use of energy-friendly public transportation. One of them is through the operation of 30 Transjakarta electric buses which have received positive public attention.

Moreover, 10 bus battery charging stations are ready to support the operation of the electric buses

DTKJ welcomed the high enthusiasm of the people to try the electric buses. The bus occupancy rate can be seen directly by the public.

"Moreover, 10 bus battery charging stations are ready to support the operation of the electric buses," he added.

As for the information, the Jakarta administration has again conducted a trial of electric buses starting last June 13. That is on route 5 F (Kampung Melayu - Tanah Abang), every day between 5 AM to 10 PM.

Each passenger is charged a fare of Rp 0 but must still tap in on the bus using an Electronic Money Card (KUE).