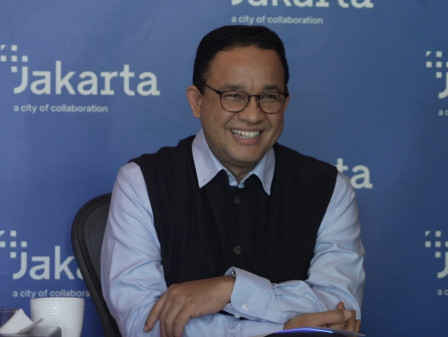 Jakarta Governor Anies Baswedan attended an online Seminar on Consolidating the Concept of Provinces with Archipelagic Characteristics, on Thursday (8/4).

The seminar was held by the Indonesian Provincial Government Association (APPSI) in Kendari, Southeast Sulawesi.

In his speech, the governor explained that the theme of Consolidating Provinces with Archipelagic Characteristics was a very important issue to be used as material for policy making. Hence, he shared his experience in Jakarta, namely the development of the Seribu Islands

“We're trying to present equal opportunities for Jakarta in the Archipelago and the Mainland. By seriously preparing basic infrastructure thus people living on islands and mainland do not feel inequality," he explained, as quoted by Jakarta PPID's press release.

He went on to say that the Jakarta administration prioritized basic infrastructure development such as access to clean water. As we know, in Seribu Islands, the Sea Water Reverse Osmosis (SWRO) technology has been operated which converts seawater into clean water for residents' activities.

"Regarding high transportation costs, we take the example of Sebira Island. Previously, the boat to get there took 8 hours and only 2 times a week. In 2018, we bought a boat that could go from Marina to Sebira in 2.5 hours and operate every day. And then Sebira changed with the density of economic interactions, even now they demand to ask for an ATM," he continued.

He asserted that development in the islands requires seriousness, especially budget allocation, despite the population on the islands being less than on the mainland.

"This is about our seriousness in allocating the budget and this must be done. Besides Jakarta as the capital city, we are optimistic that other islands can also develop. And this is where the principle of this republic was founded, namely to bring social justice to all its people," he asserted.