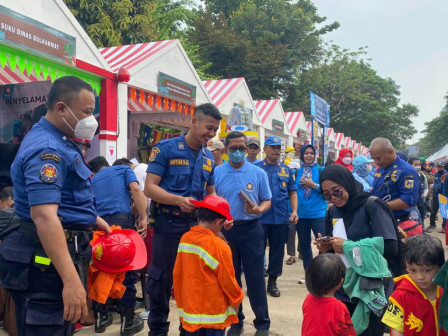 "Pesisir Festival is expected to become the starting point of a series of efforts to revive the tourism sector and boost the community's economy," stated North Jakarta Deputy Mayor, Juaini, Sunday (9/25).

Sport Tourism Festival in Setu Babakan, Be There!

To enliven it, there were Dragon Boat, Canoe, and Kayak performances, Karate and Rifle Colony attractions, kite competitions, and performances by Indonesian artists.

According to her, it is a typical North Jakarta festival featuring various activities on the north coast of Jakarta involving elements of local government, communities, and private sector.

"We are holding this event to promote tourism and the economy as well as improve tourism culture. Increase synergy with various stakeholders," she added.

One of the visitors, Annisa (35), a resident of Tanjung Priok Urban Village expressed her happiness after she took her children to watch various performances such as ondel-ondel giant effigies, marching band, to kite festival.

"My kids are very happy with the firefighters. At home, they have the firefighter uniform. I take them because I see the Fire and Rescue Sub-agency booth here (at the festival). I've introduced them to various professions since childhood, so they will have aspirations to help each other when they grow up," she admitted.