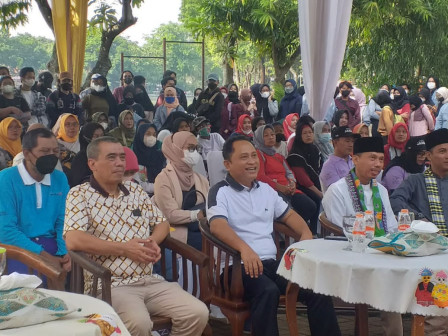 Sport Tourism Festival in Setu Babakan, Be There!

Everything that smells of culture must be preserved

South Jakarta Acting Deputy Mayor, Ali Murthadho who opened the festival stated that besides cultivating the community, it was also aimed at introducing Setu Babakan Betawi Cultural Village to the young generation.

"Everything that smells of culture must be preserved. That's why we should protect and preserve this culture," he expressed.

There are about 250 participants from five RWs in Setu Babakan area. They will compete to take part in casual walking sports competitions, casual bikes, and folk sports such as catapults and others.

"Hopefully, people can enjoy leisure sports facilities here during the festival," he hoped.