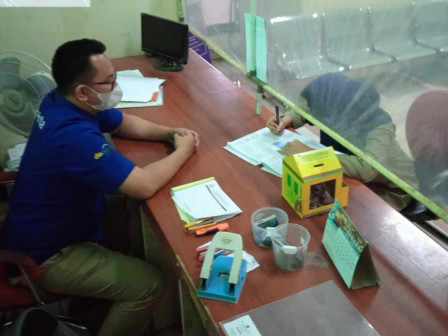 The Jakarta Population and Civil Registration Agency (Dukcapil) is about to issue a Digital Population Identity (IKD) or a certificate to replace an electronic identity card (e-KTP). It aims to prove that the resident has recorded e-KTP and has been recorded in the population database.

This IKD can be officially used as a substitute for identity

Jakarta Dukcapil Agency Head, Budi Awaluiddin said that the unavailability of e-KTP blanks is currently evenly distributed in Indonesia and the public should be more patient in getting the e-KTP. The IKD was issued based on the Home Ministry Circular Letter Number 471.13/17740/Dukcapil/2022.

"This IKD can be officially used as a substitute for identity before the e-KTP concerned is issued. It is done to keep the population document service running," he expressed, Wednesday (11/30).

The IKD was present, thus people would not need to show original physical KTPs in accessing various kinds of public services in the future. IKD is one of the innovations of the Dukcapil Directorate General of the Home Ministry in facilitating population administration (adminduk) services.

"The certificate given to the public is temporary, as a substitute for an e-KTP that has not been printed. That's why IKD can be used for the purposes and utilization of other services and has a predetermined deadline of January 5, 2023, until the e-KTP can be printed," he explained.

Based on the latest data, there are currently 17,535 e-KTPs that have not been printed throughout Jakarta. Of this amount, the East Jakarta area is the largest, with around 7,057 sheets.

He went on to say that the IKD implementation could continue to be socialized to all public service providers in order to create effective and efficient services. In the future, residents will be prompted to take advantage of the IKD, which currently can only be used via an Android mobile phone.

"IKD can be accessed by downloading the application on the Play Store, then to verify it can be assisted by officers to be integrated with the population system," he closed.