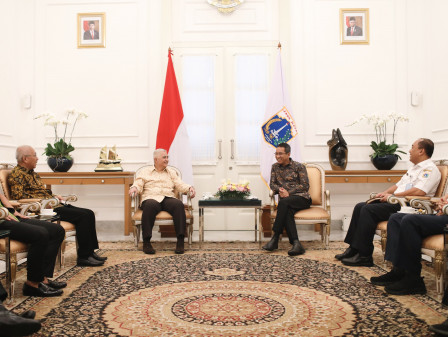 Their arrival was aimed at strengthening the cooperation between Persija with the Jakarta Provincial Government, as well as giving support to the football development in Jakarta for a better future.

"We provide several plans that can more or less increase community participation, especially young people in the development of football in Jakarta," he expressed.

"PSJ prioritizes iconic places in Jakarta with Persija players. We will arrange this program later. Thank you very much for the continuous support from one of our biggest stakeholders, the Jakarta Provincial Government," he explained.

Persija Jakarta Club President, Muhammad Prapanca uttered that if the Governor was ready to help and support Persija to continuously make achievements so they could win the league this season.

"He fully supports Persija and used to manage a football club. So, we discuss more in terms of football experience," he uttered.

As for the information, at the end of the meeting, Ambono and Prapanca presented Persija with a black 94th-anniversary edition jersey with number 1 bearing the name 'Heru'.