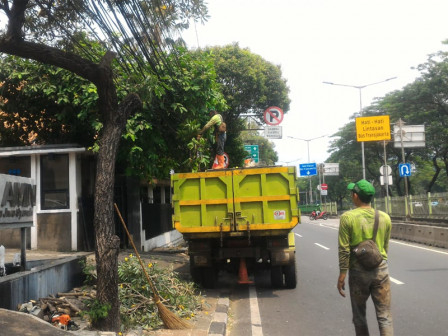 991 Trees in Central Jakarta have Been Pruned

It is conducted to anticipate fallen tree

The Central Jakarta Parks and Urban Forest Sub-agency has noted that as many as 991 trees in eight sub-districts spread over Central Jakarta have been pruned along January to the second week of April.

"It is conducted to anticipate fallen tree," she stated, Thursday (4/15).

She added several trees were also cut down due to porous, dry and dead.

"Alhamdulillah no fallen tree we found yesterday when heavy rain occurred," he exclaimed.