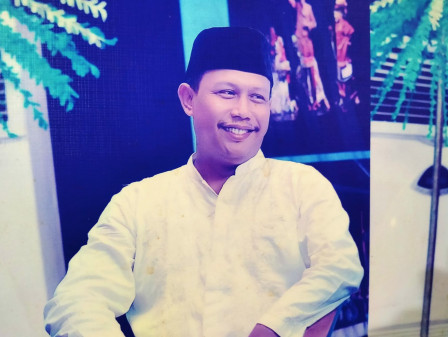 InsyaAllah, he will be buried after Friday prayers

The younger brother of the late, Atin Kisan (52) said, before he died, the deceased had received treatment at Pondok Gede Haji Hospital.

"He had a history of stomach acid disease. Yesterday, he was taken to Pondok Gede Haji Hospital, but his condition was getting worse and he died around 6:30 PM. InsyaAllah, he will be buried after Friday prayers," she expressed, at the funeral home, Jalan Masjid Baiturrohmah, RT 03/01, No. 54, Ciracas Urban Village, Ciracas Sub-district, East Jakarta, Friday (11/19).

She explained that he was known to have many famous works of art such as the Betawi Mask Dance and Nandak Ganjen, etc.

"He has left five children and four grandchildren. We all feel so lost. Last September, I was with him last stage at Kemendikbud, where he was the music director and I wrote the script," she explained.

During his lifetime, he was also actively practicing art at the Jakarta Pavilion, Taman Mini Indonesia Indah (TMII).

"Practice every Wednesday and Saturday. He teaches dance to more than 100 students at the pavilion," she continued.

Ciracas Sub-district Head, Mamad expressed, Entong Sukiman is part of the Betawi artist character. Thus, he also feels the loss of him.

"He has brought a good name for Betawi art and culture both locally and internationally. Hopefully, his deeds of worship are accepted by God and the family left behind is given patience. I also hope for the future generations who can develop his art someday," he hoped.