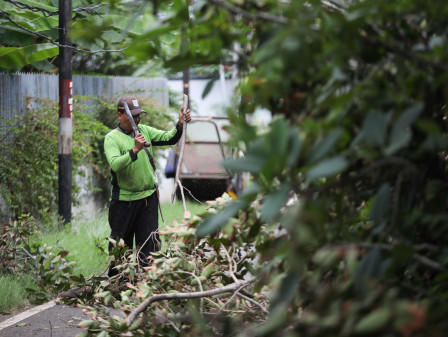 2,764 Trees in Central Jakarta Pruned and Cut Down

The Central Jakarta Parks and City Forest Sub-agency has noted that 2,764 trees have been pruned and cut down from January to July 2022.

She continued that 86 tree branches were broken and 66 trees fell from January to July.

"Then 112 tree branches were broken, while 97 trees fell from January to December 2021," she continued.

She added that it was conducted to avoid falling trees when strong winds blow and make the residents' environment, parks, and green lines neater.

"This also aims to follow up on complaints and the results of monitoring officers in the field who made sweeping in eight sub-districts," he stated.