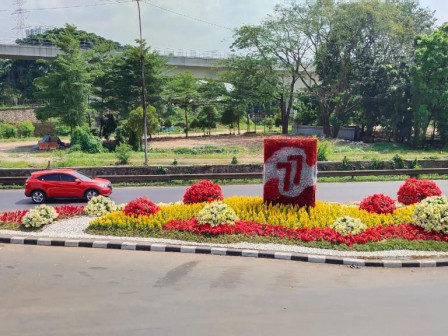 The types of flowers planted were namely Kastuba Merah (red) and Kastuba Putih (white), as well as other unique and interesting ornamental plants, including Rumput Gajah and Celosia Kuning.

FKDM Head: Independence Day is a Momentum to Strengthen Nationalism

There was also a kerombong bulat (round iron) decorated with ornaments with the number 77th with red and white nuances.

"Its planting involves 20 personnel," he explained.

He added the fork in the intersection of Jalan Raya Halim Perdanakusuma is decoated with various ornamental plants, as it is very strategic and is often crossed by state guest vehicles.