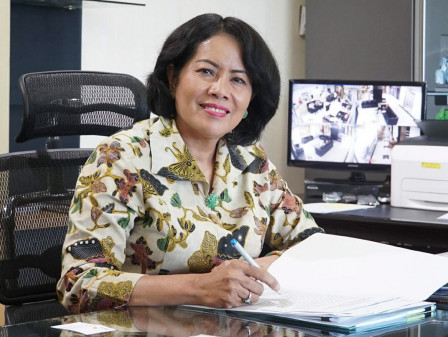 The government has said it would stick to its deadline for the analog switch-off (ASO) program, ensuring that the national transition from analog to digital television would be conducted by November 2, 2022.

It is by Article 60A of Law No. 32/2002 on Broadcasting through Law No. 11/2020 on Job Creation. This law regulating analog television will convert to digital television. The analog television switch-off for the Greater Jakarta area will begin on October 5, 2022.

Communications and Information Ministry Staff, Rosarita Niken Widiastuti stated that Greater Jakarta would be ready to kill analog television, as it had met the readiness measure of three things.

"We have also distributed Set Top Box (STB) assistance to poor households in this region," she expressed, Sunday (9/25).

According to her, digital television infrastructure in the Greater Jakarta area has operated through seven multiplexing operators (MUX) consisting of the TVRI Public Broadcasting Institution and six private broadcasting institutions.

"There have been around 23 television stations migrated from analog to digital. There are new digital television programs that add to the variety of content options that can be watched," she explained.

Thus far, she explained that the implementation of the distribution of 479,307 units of STB for poor households has been carried out 63.4 percent. The STB distribution achievement conducted by multiplexing operators and funded by the state budget was also going according to plan.

"We continue to be monitored daily to be completed before October 5," she explained.

Network and Data Communication Division Head, Aditia Prana Kusuma uttered that the quota for recipients of the Communications and Informatics Ministry (Kemenkominfo) STB aid in Jakarta was set at 50,059 poor households.

"From the ministry, Jakarta only received 50,000 quotas. That's Carik Jakarta decile 1 data, not including Seribu Islands. We request for LPS thus the coverage area can reach Seribu Islands," he explained.

He added that the criteria for poor households to receive STB assistance were still using analog television and included in the coverage of digital television.

"Principally, the Jakarta Communications, Informatics, and Statistics Agency (Diskominfotik)'s main task is to assist with publication and smooth distribution by coordinating the related units," he closed.