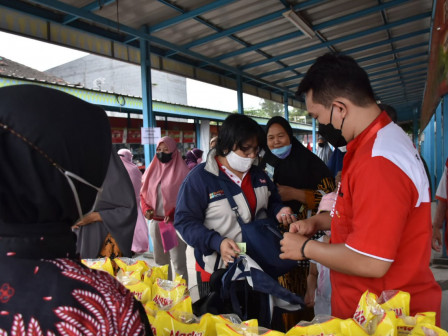 According to him, each person could only buy a maximum of two liters of cooking oil. The number of people who shopped according to the quota was around 1,500. It was only dedicated to people with Jakarta ID card and had registered online.

"This is only held for one day," he stated.

To avoid crowd, he involved urban village and sub-district apparatuses assisted by personnel from the provider, PT Sinar Mas Group, to manage the queue of residents.

Uswatun (42), a resident of Susukan admitted that it was very helpful. She hoped, it could be held routinely, as long as cooking oil price in the market is still high.

"With this cheap market, I hope cooking oil price can return to normal as before," she hoped.