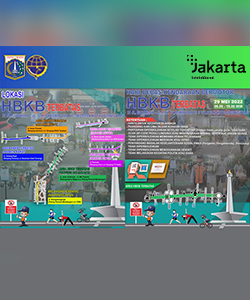 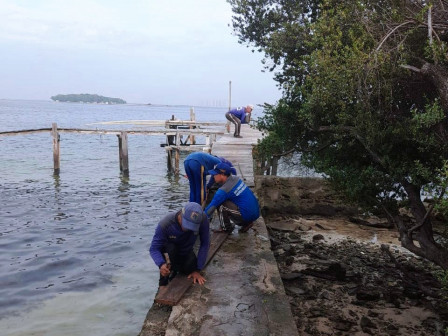 The Seribu Islands Regency administration is ready to host the declaration of Jakarta's 494th Anniversary. It will be held at the Bidadari Island resort on Tuesday (5/24).

According to Junaedi, Regent of Seribu Islands, currently, all preparations for the event had reached more than 90 percent.

"It is expected to stimulate the tourism and economy of the Seribu Islands," he stated, Sunday (5/22).

He also hoped that it could also be better known as a place of tourism, nature tourism, religion, history, and culinary.

For six working days, his personnel had carried out the installation of gabions, repair of bridge embankments, and fishing bridges, as well as sand treatment on the beaches of Bidadari Island on the south-east and north-south sides.

"To do it, we send around 20 workers from Untung Jawa Island Urban Village. About 63 square meters, we have installed gabions and repairs to the bridge of approximately 15 meters," he continued.

He added the installation of gabions served to withstand ocean waves and protect the coastal area. Workers also did colorful paintings to beautify the bridge, including cleaning the sand.

"The condition of Bidadari Island is now clean and tidy. Hopefully, the launch can run smoothly and tourists who come here are more comfortable and safe," he hoped.