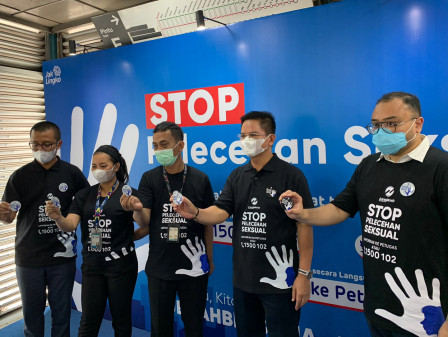 We are campaigning for let's watch out for each other's customers

Transjakarta bus users are urged to report if they experience or see sexual crimes on public transportation.

Operation and Safety Director for Transjakarta Yoga Adiwinarto said victims or witnesses should have the courage to report to the officer if they see an act of sexual harassment.

“We are campaigning for let's watch out for each other's customers. We must have the courage to speak up when other passengers are harassed. If we become victims we must dare to report to the officers," he expressed.

He stated the officers on the bus were added to monitor sexual offenders at the bus fleet and the bus stop.

"We also open a hotline service at 1500 102 for 24 hours. We are committed to overseeing the reporting process to the authorities," he continued.

He added the officers had been trained to be swift in handling and supervising users both on the bus and at the bus stop.

"They have started to oversee the prevention of sexual harassment," he stated.