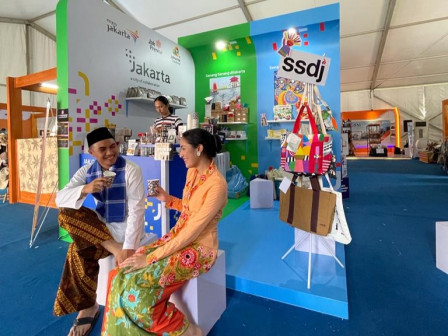 The Jakarta Tourism and Creative Economy Agency (Parekraf) participated in the 2022 Pujafest event which is held at the Prambanan Temple Shiva Field, Sleman, Yogyakarta, which falls from August 4 to 7, 2022.

The agency involves two coached MSMEs that have been curated by Jak Coffee Tea and SSDJ Souvenir Jakarta.

Jak Coffee Tea is an MSME that focuses on selling various processed coffee and tea basic ingredients. While SSDJ Souvenir Jakarta is an MSME that produces souvenirs with cheerful Jakarta motifs.

Each product motif represents the history of tourist attractions, culinary, figures, and others in Jakarta.

Parekraf Agency Head Andhika Permata said the event would have an impact on the community, especially visitors from within and outside the country, especially to become closer and potential buyers of various local creative industry products typical of Indonesia.

He went on to say that it was also an arena for collaboration between stakeholders in reviving MSME products as a step to accelerate the nation's economic recovery through the tourism sector and the creative economy.

"We believe this influences the growth of MSMEs and the tourism sector. We fully support it," he expressed, Friday (8/5).

He hoped that the existence of Jak Coffee Tea and SSDJ souvenirs could also attract people to travel and use the products of local creative industry business actors from Jakarta.

"It also makes Jakarta one of the barometers for the development and innovation of creative economy actors in Indonesia," he continued.

As for the information, the 2022 Pujafest exhibition will be held for four days from 8 AM to 5 PM at the Prambanan Temple Shiva Field.

There will be 78 MSMEs from various regional agencies and independent MSMEs in Indonesia.